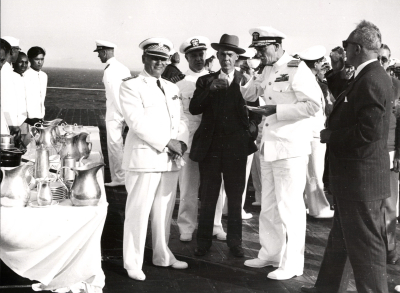 East West Bridge had the privilege to participate in the inauguration of an exhibition commemorating a widely ignored episode in the history of Serbia – USA relations, at the National Assembly of the Republic of Serbia, opened by Minister Branko Ružić. In 1951, following the turning point in Yugoslav defence policy brought on by the Tito-Stalin dispute, a Military Assistance Pact was signed between Yugoslav President Marshal Tito and the US ambassador in Belgrade. Over the next 7 years, the Yugoslav People’s Army received equipment, trainings and overall support to its qualitative and quantitative growth from its US counterpart to the total sum of some $800 mln at THAT time – 600 aircraft, 1000 tanks, 20k assorted vehicles and thousands od small arms and ammo, plus manufacturing licences. Not to mention the political side of it all. Moreover, the Yugoslav Army was incorporated in the defence plans of NATO in the case of an eventual conventional war in Europe against the USSR and its satellites. Some of the pictures from the exhibition are shown below – a testament to the rich history Serbia and the USA share. The inauguration was attended by HE Ambassador Anthony Godfrey, Commander of the Special Operations Command Europe David H. Tabor, MP and founder of the Serbian American Friendship Congress Vladimir Marinković and EWB founder Jovan Kovačić.

An important message I shared in my speech yesterday is that 70 years ago Stalin was poised to invade Yugoslavia. The Western military build up of the Yugoslav army changed the course of history. Seven decades have gone by and the wise saying is more important than even: Those who do not draw lessons from history are doomed to repeat it.

A COLD WAR ALLIANCE – US MILITARY ASSISTANCE TO YUGOSLAVIA

The turning point in the Yugoslavia’s defence policy after in the Cold War occurred in 1948, when Tito-Stalin dispute, came into the open with the expulsion of the Communist Party of Yugoslavia from the Communist Information Bureau in June 1948. It has been estimated by the US officials that Yugoslavia was of the direct importance to the security of the United States. The Military Assistance Pact was signed between the Yugoslav President Marshal Tito and the US ambassador in Belgrade on 14 November 1951. Yugoslavia was introduced in the framework of the Mutual Defence Aid Programme (MDAP). During this programme, Tito’s Army received its first jet fighters, radars, helicopters, thousands of different vehicles, hundreds of modern tanks and artillery pieces. Following the shift in the Yugoslav foreign policy, Marshal Tito decided to cancel further aid deliveries in late 1957. American weaponry was a tool of the unusual Cold War Alliance between a communist renegade state and Western world. Moreover, it was a true continuation of the Second World War alliance between two nation.

During most of the 1951 negotiations between Yugoslav and US military officials were held. Key meetings for the start of deliveries of the military equipment were during the visits of the Yugoslav Chief of Staff, General Koča Popović, to the United States. The Military Assistance Pact was signed between the Yugoslav President Marshal Tito and the US ambassador in Belgrade on 14 November 1951. Yugoslavia was introduced in the framework of the Mutual Defence Aid Programme (MDAP). Prior to signing of the Mutual Assistance Pact, several military exercises were performed to the Chief of Combined General-Staff General Collins, who visited Yugoslavia. The aim of his visit was gathering the information about the Yugoslav Army qualities and possibilities. Marshal Tito showed enormous interest in MDAP deliveries. He was especially interested in the Air Force. In the middle of January 1952, Tito visited Pula air base to inspect just delivered F-47Ds. Tito’s remarks in front of the Yugoslav airmen were more than satisfying.

By signing of Military Assistance Pact, the Yugoslav Government permitted that a certain number of the US military and civil personnel to be accepted and allowed to monitor process of MDAP deliveries. In December 1951 American Mission Assistance Staff (AMAS) manned with 30 officers – commanded by the General Harmony, reached Belgrade. Simultaneously, the Detachment “for Acceptance of the Military Aid” was formed in the Yugoslav Ministry of the Defence. Those two institutions had an exclusive task to carry the procedure of the acceptance and distribution of the weapons and equipment for JNA. Yugoslavia constantly insisted that number of the AMAS personnel should be limited.

The era when Yugoslavia was part of the MDAP was also characteristic with visits of senior US military officials. Among them were the representatives of the Ministry of Defence, Combined General Staff, US Army, USAF and US Navy. They were especially frequent in the early stages of Programme and most of them have official talks with Marshall Tito. In August 1952, US Secretary of the Army Frank Pace visit JNA. Most spectacular visit was the one of the 6th Fleet USN headed by Vice Admiral Cassady aboard aircraft carrier USS “Coral Sea”. Tito was guest on the carrier, and had a opportunity to see the air exercise made in his honour. In September 1953, the US Army delegation at large manoeuvre in Zagorje was headed by the AMAS chief General Harmony, seen here accompanied with General Kosta Nadj, commander of the 5th Military District.

JNA received over tens of thousands of different vehicles. Many of it were specialised and had entered nearly all of the units. Of note is their service with the Yugoslav Odred as part the United Nations Emergency Force. This 800-men force was deployed to Sinai Peninsula in November 1956 equipped with MDAP supplied US types of vehicles. They included the standard range of Jeeps, different Dodges to a fleet of GMC lorries. The Odred had a number of specialised vehicles such as fuel-tankers, dumpers, workshops, a recovery vehicle, crane, bulldozer and different trailers. including armoured reconnaissance vehicles. The most potent weapon of the Odred were M-8 Greyhound armoured cars, and standard patrol M3A1 White armoured cars.

Most of the vehicles and equipment were presented on the May Day parades that were held in capital of Yugoslavia, Belgrade and six capitals of socialist republics on annual basis. The American weaponry attracted the attention of the wider public.

Incorporation into the MDAP influenced that parts of the JNA officers corps passed special conversion and training programs. Those courses were held in two ways: by sending Yugoslav officers to various centres or units in the United States or in Europe or at specially created courses in Yugoslavia, where American military or civil lecturers conducted conversion. In the period of the MDAP total number of 762 JNA personnel was trained out of Yugoslavia. Yugoslav airmen were the first who went to United States for training at Godman and Shaw air bases. Three experienced pilots were send to the jet aviation Squadron Leader Course with the 48th Fighter- Bomber Wing USAFE at Chaumont, France, in September 1952. Ten more pilots were added in December of the same year, to be converted to a jet pilot status. Those pilots were engaged to become first jet aviation instructors in the spring 1953, for the Yugoslav Air Force.

First Lockheed T-33As for Yugoslav Air Force reached Batajnica air base on the 10 March 1953. Five T-33A T-birds landed in Batajnica crowded with top brass of both Yugoslav and US armies. First batch of combat F-84G Thunderjets was delivered to Yugoslavia on Wednesday, 9 June 1953. Further deliveries continued in smaller or larger batches until the end of the Progamme. Major Michael Smolen famous instructor and pilot of “Acro-jets” acrobatic team of USAF Fighter School 1948-1951 took part in this phase of conversion, flying on T-33А. In 1954-1955, Yugoslav Air Force received first surveillance AN/TPS radars as well as first S-51 helicopters and fleet of 20 Douglas C-47 airplanes which became backbone of the transport fleet for over two decades.

In the following period of the MDAP (1955-1958), YAF was strengthened with, at that time, two most modern types: 22 reconnaissance Lockheed RT-33As and 43 North American F-86E Sabre interceptors. The RT-33A was the first originaly produced reconnaissance airplane in the YAF inventory, while the Sabrejet was able to encounter the Mig-15 which was in inventory of the neighbouring satellite air forces. One notable event occurred soon after the arrival of the initial batches of Sabres: for the first time Yugoslav pilots had the opportunity of the breaking the sound barrier. All of the pilots which flew faster of the speed of sound had received letter from the Canadair Company and certificate that they belonged to the “Mach Busters Club.” 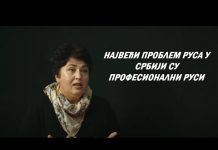 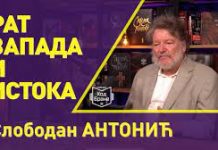 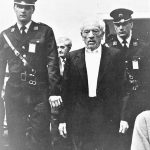 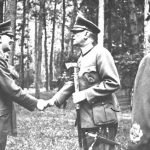 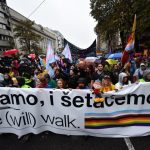 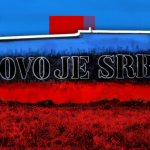